CLG release Darshan: The end of an era in League of Legends

CLG release Darshan: The end of an era in League of Legends

LCS team Counter Logic Gaming (CLG) have released longtime top laner Darshan “Darshan” Upadhyaya. This comes immediately following the rumored edition of Kim “Ruin” Hyeong-min yesterday. Darshan was the last remnant of the original 2015 NA LCS championship-winning CLG team. To see him be released is bittersweet for the CLG fanbase, who remember his tenure fondly, but called for his head not one month ago. Let’s take a moment to remember his time on CLG.

From all of the back doors to two LCS championships. We had an amazing run and we wish you nothing but the best in the future.

From all of us at CLG, thank you @DarshanU.

Darshan first joined CLG as “ZionSpartan” way back in 2014, after Season 4. He was hot off a disappointing season with both Team Coast and Dignitas, where neither team made it past the quarterfinals. Things started strong, as one split later the overhauled CLG that sported Darshan, Jake Kevin “Xmithie” Puchero, Eugene “Pobelter” Park, Choi “huhi” Jae-hyun, Yiliang “Peter” “Doublelift” Peng, and Zaqueri “aphromoo” Black would claim the 2015 NA LCS Summer Split title, demolishing their rival TSM in the finals. This led to a disappointing Worlds visit in which CLG finished third in their group after a loss to Pain Gaming.

CLG returned with a vengeance in the 2016 Spring Split, serving the seemingly unstoppable Immortals their only loss of the regular split. They carved through the playoffs and eventually TSM, who sported their old comrade Doublelift. At MSI CLG proved the pundits wrong, upsetting a strong Royal Never Give Up after overcoming an international record 15k gold deficit. They would lose in the finals to SKT T1 but had proven the world wrong by doing what many said an NA team could not: They performed on an international stage.

After the 2016 edition of MSI, the CLG era began a slow decline. They made Worlds that year on points after finishing fourth, but they failed to get out of a group that featured the tournament favorite Rox Tigers and the wildcard wonder Albus Nox Luna. This would be the last time that CLG made the World Championship while Darshan played there.

The team still made playoffs in 2017 but never made finals. They were eliminated by Cloud9 in the Regional Qualifiers, and then the team broke apart. After the departure of aphromoo and Xmithie, CLG finished both 2018 LCS splits outside of the playoffs, with Darshan being criticized heavily for declining play in the face of imports and new age talent. This continued into 2019 as CLG finished seventh, with Darshan being one of the bottom top laners in the league and even benched twice.

What does it mean with Darshan gone?

Plain and simple: This is the end of the #FaithAge identity CLG clung to for so long. The legendary roster that won 2015 Summer and repeated in 2016 Spring is naught but a memory for the CLG faithful. Doublelift left in 2015 after Worlds, joining TSM and Team Liquid on the road to five more LCS titles. Pobelter was released and went to Immortals around that same time. Xmithie was traded to Immortals in 2017 for Dardoch. Aphromoo was released at the end of 2017, going to 100 Thieves and attending Worlds. Huhi left for 100T at the end of 2018 and was released last month.

Darshan was the last piece of the team that brought faith and hope to the fanbase version of Bad Luck Brian. The team that defied the TSM empire, snapped the streak of Immortals, and defied all odds to return from the brink and make the finals of the best MSI event ever. They gave North American fans a moment where the “NA lul” jokes were silenced, and they got to be proud of their regions. While the later years may have been mediocrity and disappointment, the time Darshan spent on CLG will be remembered for the highs as much as the lows as he looks on to future endeavors. The times when players could be proud of NA as a region. Thank you, ZionSpartan. 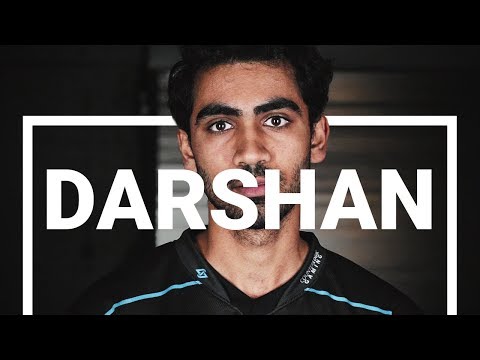 When will the preload for Dying Light 2 Stay Human start?