How to rank up quickly in Apex Legends Ranked Play

How to rank up quickly in Apex Legends Ranked Play

Though Apex Legends is most popular for its standard playlist and special events, the Ranked Play mode is a big part of the game. Introduced in Season 2, Ranked has been the subject of much controversy thanks to cheaters invading the mode. However, it’s still the most competitive playlist of Apex Legends and played by many who want a more intensive experience.

Although, it can be fairly difficult to rank up if you’re new to the game or aren’t sure how the mode works. As such, here are some ways to help you rank up quicker in Apex Legends Ranked Play.

Ways to rank up faster in Ranked Play of Apex Legends

Unlike the standard leveling system of Apex Legends, you can’t simply play a lot to progress in Ranked. Once you get past Bronze, the lowest division, you start to gamble with your Ranked Points (RP). Once in Silver or above, every match you enter costs RP and you can only make it back by earning kills or high placements.

For example, if you’re in Silver, you start every match down 15 RP. So, if you’re eliminated off the drop without securing a kill, you’ll actually lose points. If this happens enough times, you can drop divisions pretty easily. Take a look at the Ranked Play chart in Apex Legends for a better understanding. 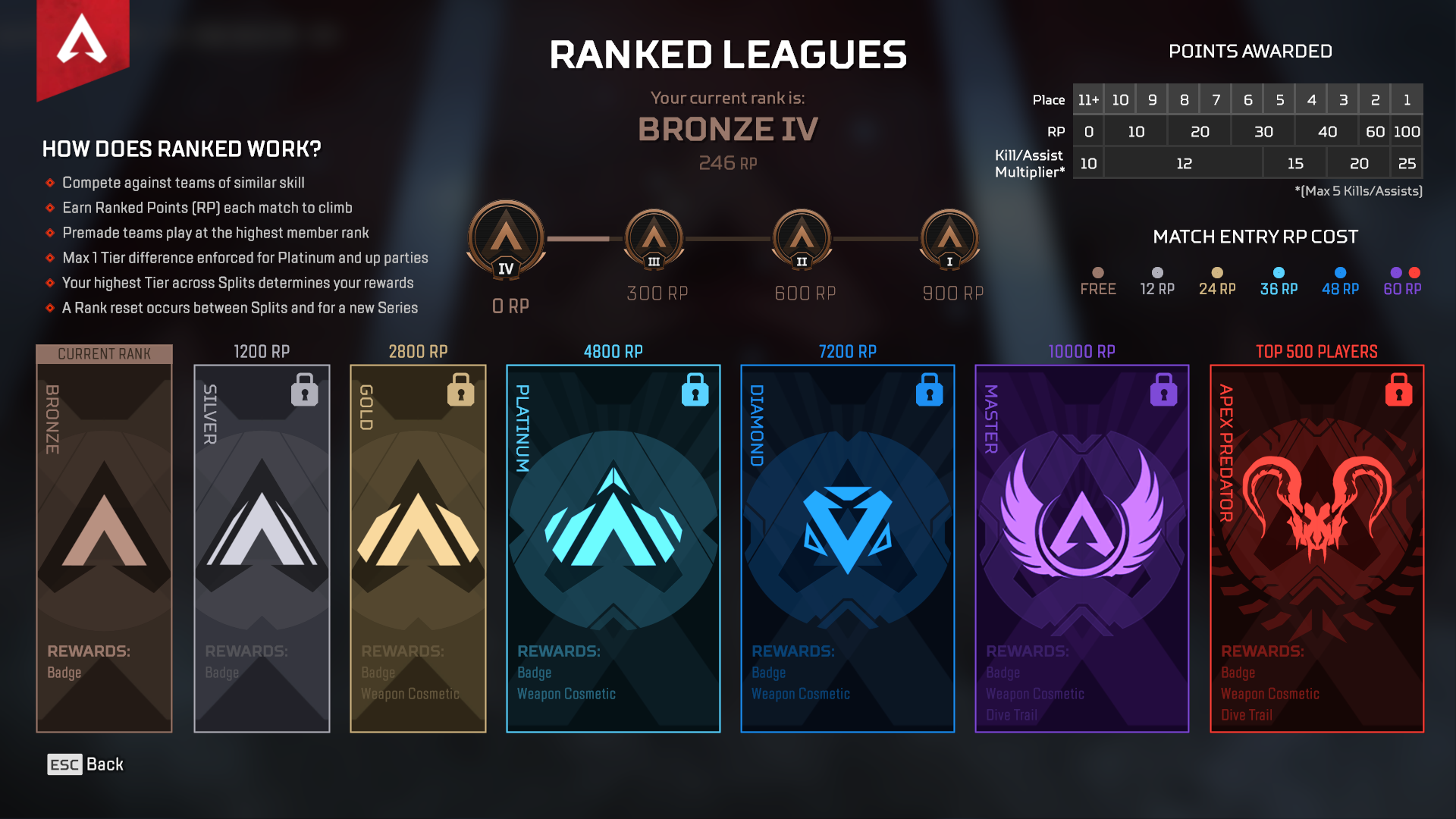 To avoid this, try dropping in secluded locations that aren’t on the dropship’s direct path. This will make it easier to loot and avoid dying early so you don’t lose more RP. Of course, if you feel that you’re a high-level player, landing hot can also be a viable strategy as you earn RP for each kill you earn.

Although, if you want to secure a high placement, the easiest way is to land somewhere far away. Once you have enough loot, begin moving around the outer edges of the zone, not choosing gunfights that aren’t necessary. While it’s not the sexiest method of playing Apex Legends, it’s the easiest way to secure RP and climb the ranks.

To sum up, if you’re a high-level player, your best method of earning RP may be to drop somewhere hot. This will give you the opportunity to earn kills and secure higher tier loot. However, if you’re a lower-level player, landing far away and working outside the zone is the best route.

What rank are you in Season 4? Let us know, and keep up with Daily Esports for all Apex Legends news.