Riot Games has scheduled LoL Patch 10.20 for a September 30 release, and this update brings more nerfs and buffs to some top champions. Players will also get to see some system changes for Relentless Hunter. And finally, some new skins are going to make their way to the Rift, including Storm Dragon Aurelion Sol.

Samira hotfix will carry over into 10.20, we will reevaluate her state in a few more days. pic.twitter.com/Mlwm06DTd1

Relentless Hunter’s last update was over a year ago when Riot pushed for an increase in bonus movement speed. This time, baseline Out of Combat MS is nerfed from 10 to 5, and MS per stack changed from 9 to 8. While this isn’t such a huge change, OOC MS is valuable throughout the game, and it can really help players out in terms of leaving the enemy jungle or quickly getting to their teammates.

Katarina receiving a nerf is almost questionable, as she currently has a 49% win rate and is rarely picked in high-elo games. Although she does have the ability to gain plenty of strength, she can’t always carry a game because of how squishy she is. This update nerfs her physical damage AD ratio from 100 to 75% bonus AD.

Other notable nerfs include Lulu, Kassadin, and Kled. Lulu’s updates have yet to be announced especially since she has a 52% win rate. Kassadin is suffering from a Q shield nerf from 60 – 160 to 40 – 160. Kled’s base MR is changed from 32.1 to 29, making it harder for him to work in the mid lane.

Illaoi’s tentacle spawn cooldown buff will make it much harder for enemies to avoid getting damaged. Although this is a nice add-on for Illaoi mains, other players think it still has opportunities on the rift.

Some new skins being introduced have been teased since the Worlds patch came out. Fans are more than excited to finally see a new Aurelion Sol skin, and Sett is finally receiving a Prestige skin. 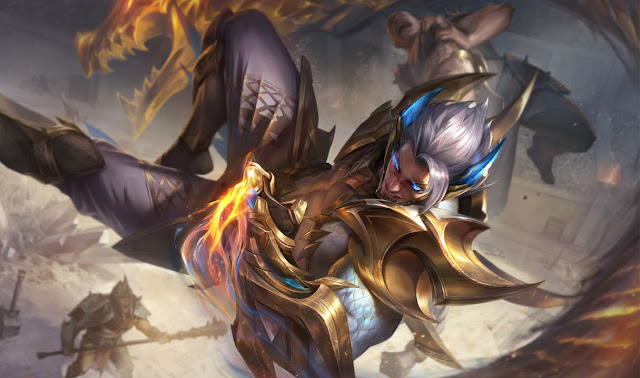 How to catch Alpha Pokémon in Pokémon Legends: Arceus