It appears that various aspects of Modern Warfare Season 2 have been leaked. However, there were no leakers or unnamed sources involved this time. Instead, the Call of Duty official website seems to have let some information slip accidentally. At the time of writing, there are various images of Season 2 content as well as a short video that looks to be part of the launch trailer. While none of this can be confirmed to be arriving, Modern Warfare Season 2 content looks to be set in stone.

A look at the leaks for Modern Warfare Season 2

Keep in mind, all of these details were leaked on accident, at least we think, by Call of Duty. So, while it seems highly likely this is content we’ll see come Feb. 11, we can’t be sure until that date rolls around next week.

Call of Duty website also has this very short 7 second video up on Season 2 for Modern warfare https://t.co/kuzyouX04c pic.twitter.com/1HYZQ7TeUF

With that said, we got a look at tons of different aspects for the next season. To start, there are two weapons shown on the website, with the first being named the “Grau 5.56” and the second the “Striker 45.” 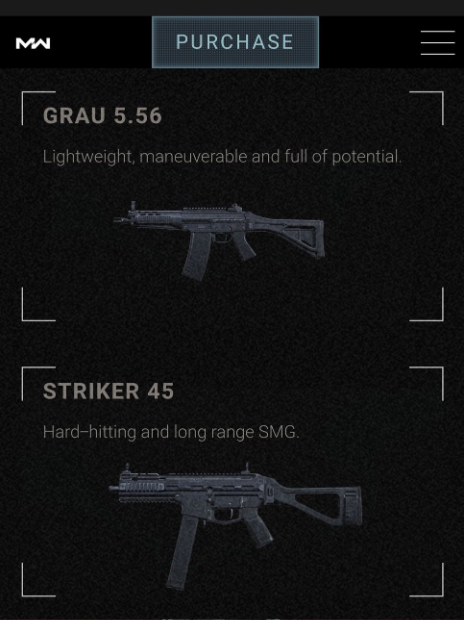 Clearly, the Grau is an assault rifle, as 5.56 is a kind of rifle ammo and the image resembles an ACR or G36C perhaps. As for the Striker 45, any long-time fan of Call of Duty will know exactly what this weapon is. For newcomers, this is the UMP-45, which was a dominant submachine gun in Modern Warfare 2.

In reference to the above video, while it is short in length, we can deduce some other Season 2 content from it. Though it’s hard to tell, the map the characters are playing on looks to be Rust from MW2. Rust has been teased before, so this nearly confirms its existence and arrival in Modern Warfare Season 2.

Other than that, there wasn’t much else shown beside some promotional images, which you can see below.

Hopefully, Infinity Ward can deliver on this much-anticipated content drop for Modern Warfare. The game certainly could use an infusion of enjoyable weapons, maps, and modes.

Make sure to keep up with Daily Esports for all Modern Warfare news.

Revenge on Immortals’ slow start in LCS Lock In: ‘Keep rooting for us and we’ll show you guys what we are’

Revenge on Immortals' slow start in LCS Lock In: 'Keep rooting for us and we'll show you guys what we are'

Where to watch Fortnite Summer Smash and compete in the Cup

Ranked Play confirmed to arrive with Season 2 of Call of Duty: Vanguard