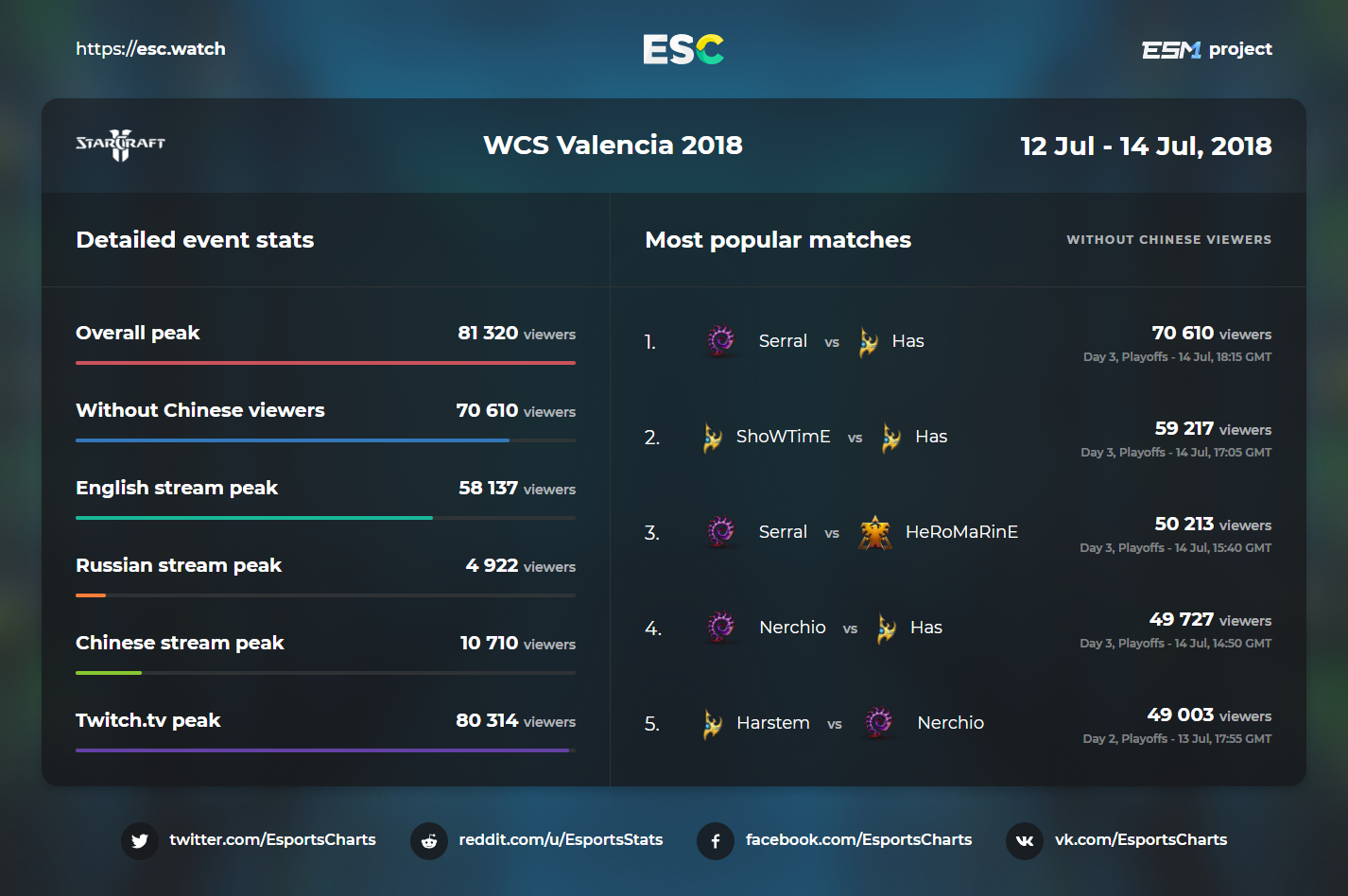 League of Legends and Dota 2 are the undisputed kings when it comes to drawing an audience. At this point, Teemo is one animated movie away from being a household name. These games can hang their success on many factors. However, the main reason behind their immense popularity is that both games are free to play for anyone.

In the final months of 2017, StarCraft II followed in these titan’s footsteps. Blizzard opened up the Wings of Liberty campaign, co-op missions, and arcade to be played by anyone for free, resulting in a surge of new and returning players alike. Most importantly, they opened up the ranked ladder allowing anyone to get a taste of competitive StarCraft. This finally removed the paywall barrier of needing to own the original game and two expansions just to play the same game as the professionals.

Also, it’s impossible to deny the influence of Has and his deepest WCS run ever. Has playing in three of the top five most-watched games from WCS Valencia shows that his wacky build orders and super-cheesy tactics are going to draw a crowd.

WCS Montreal isn’t until September, but there are a few StarCraft events between now and then. GSL vs The World starts August 2 and the brand new Korean StarCraft League (KSL) for StarCraft: Remastered takes off July 19. Hopefully, StarCraft will continue riding this wave of newfound popularity through these upcoming events and into the WCS Global Finals at BlizzCon this November.

Has StarCraft II recently captured your interest? Comment below with what has ignited your passion!