TFT Reckoning, which is Teamfight Tactics fifth and newest set, releases soon. Players will have a chance to play the game on the Public Beta Environment starting on Tuesday, April 13. The new TFT set will be a completely new experience from the last TFT expansion. In this set, players will face off in the battle of good vs. evil, with the 58 available champions in the set. Some are new, some are old and some are reimagined. We got a chance to playtest the new set and give our first impressions on the TFT Reckoning Champions.

Throughout the first four sets of TFT, players have had a chance to see and use a ton of different League of Legends champions. However, despite each set bringing in over 50 champions, not all of them have appeared in TFT. In TFT Reckoning, Riot Games has done their best to minimise the number of champions being left out. Heading into set five, there has been only 17 champions on the League of Legends roster that have not made their way into the game. With TFT: Reckoning’s release, that number has shrunk to nine. That brings the number of champions being represented in TFT throughout its history to a whopping 144.

First up, there’s the introduction of Kled. Kled is a one-cost Hellion, Cavalier that has no mana bar. That’s because Kled’s ability is “Violent Tendencies.” This ability has a passive effect with a trigger. Kled enters the combat on Skaarl, granting him a shield for 80% of his maximum health. When the shield is broken, he dismounts, briefly becoming untargetable, granting him attack speed causing every fourth attack to deal 200% of his attack damage.

Some of the other units joining the game are Gragas, Ryze, Rell, Trundle, Udyr, and Heimerdinger. But, there is still one more unit that’s new and that unit might be the most important in the game, for both the story and the meta.

Viego, the major role player when it comes to the theme of TFT Reckoning, has quite the unique effect even as a five-cost. Viego’s ability is “Sovereign’s Domination.” When this ability activates, Viego force chokes his target and stuns them, while doing damage over the course of five seconds. If Viego succeeds at killing his target, they are resurrected at full health for your team, but they lose a percentage of their max health per second.

When Viego does this, the unit gains bonuses off of Viego’s teams traits, not their original team’s. Veigo being an assassin that jumps the backline is crazy, because Veigo will be able to stun and kill a high value target and then turn that high value carry into his own.

As was announced by TFT lead designer Stephen “Mortdog” Mortimer back in March, Draven is back. He has his same “Spinning Axes” ability, just like he had in set one. He plays exactly the same as he did back then, but now he comes backed with some new traits. Instead of dealing double damage and gaining bonus auto attacks, Draven now gets bonus attack speed and life steal off of the new Legionnaire trait and bonus stats off his Forgotten trait.

One of the most infamous carries of all time is back too, as nocturne makes his return. He is a three cost unit, and this time his ability is called “Umbra Blades.” This passive ability causes every third auto attack to slash all adjacent enemies for 125% of his attack damage and heals himself for a big percantage of damage dealt. The abilisty also has an additional bonus if his slash is isolated. If he only hits one unit, he gains bonus attack speed for three seconds. This time around there is no Blademaster trait to make Nocturne into a Blender, but he can still be a huge menace just like before. 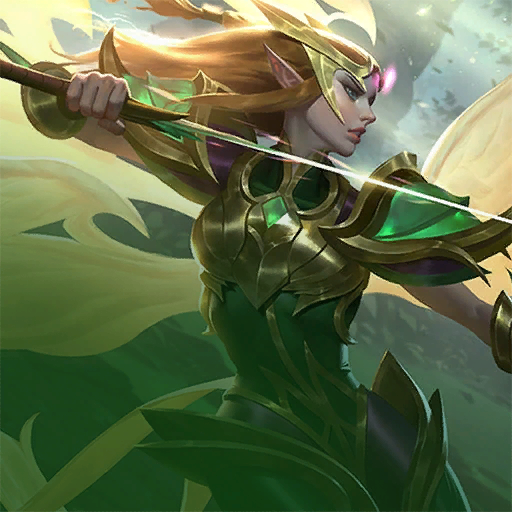 One of the more interesting characters getting a retrain is Kayle. Kayle has been a four and five cost carry before and this time it’s no different. She will be a five cost unit in TFT Reckoning. However, she will also have a different ability, despite being the same cost as her set one self. Kayle also comes in as a Redeemed Verdant Legionnaire, which we’ll have more info on real soon. Instead of Divine Judgement, Kayle will harness “Divine Ascent” this time around.

This ability is a passive one and because of that, Kayle does not have a mana bar. Instead, Kayle has a bar that counts seconds. Every few seconds, Kayle will ascend, which gives Kayle their bonus abilities. On her first ascent, Kayle’s auto attacks do bonus true damage, equal to a percentage of her attack damage. Her second ascent gives Kayle’s auto attacks an explosion effect. This applies her attack damage and first ascent true damage to adjacent enemies next to her target. Her third ascent makes Kayle immune to damage for one second on every seventh auto attack. Finally, if she hits her fourth ascent in a round, Kayle’s auto attacks rain down swords on her target doing huge magic damage.

The game plan here is to drag fights out as long as possible so that Kayle can max ascend. At one star, Kayle ascends every five seconds and at two star she ascends every four seconds. Riot has made it their goal to have five-cost legendary units be really flashy and Kayle is definitely no exception.

TFT Reckoning features a ton more retrains, a new mechanic and new traits. More on all of that is live here.